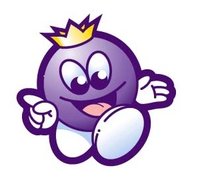 ABB Growers BV has its office and blueberry production in Serbia. They started harvesting the blueberries from their plantations around June 10th and they also started purchasing blueberries throughout the country. The first quantities were purchased last week and were shipped to The Netherlands. In the premises of the Dutch principal, blueberries are sorted, packed and shipped to retailers in the Netherlands, Germany, Denmark, Scandinavia and other EU member states. Mr Marko Maksimovic, manager of the Serbian branch of ABB Growers, is very satisfied with the quality of berries this year. They are on a higher level quality-wise than in previous years. Serbian producers invested in their blueberry orchards and understood the importance of putting the quality over the quantity. This season, the company estimates to export around 700 tons of blueberries from Serbia to the Netherlands. The first batch had a price of 800 RDS/kg (cca €6.8/kg) on a local wholesale market but as the season progresses the price goes down. At the moment ABB Growers are paying €5.3/kg to local growers for first class quality berries.

Emergency situation in eight districts in Serbia due to floods

The large amount of precipitation in Serbia has created problems in the western part of the country. Due to the overflow of the rivers, floods occurred in several places and eight municipalities declared a state of emergency. Over 700 households were flooded and many more were endangered in central, south-western and western Serbia. Mountain streams bursted after intense rainfalls on June 23rd. Swollen rivers destroyed bridges and local infrastructure, while floods stopped traffic in some towns. Pastures, fields with arable crops, greenhouses and orchards in western Serbia were severely hit by floods. The President of the Association of Serbian Raspberry and Blackberry Growers stated that swollen rivers destroying over 1.000 ha of raspberry fields, 2.000-3.000 ha of potato fields, maize, and farmers’ gardens, as well as pastures. The damage in the Moravica valley in western Serbia will affect all of Serbia because raspberries got destroyed  and their export last year generated foreign exchange inflow of cca EUR 230 mn, was stated by the President of Association.

The Minister of Agriculture said that aid will be provided for those who suffered significant damages due to heavy rainfall. The flooding decreased during Wednesday, June 24th but it is clear that in the future it will be necessary to invest in water management facilities.